How to Explain Blockchain in Under 30 Seconds

by Investor News
in News 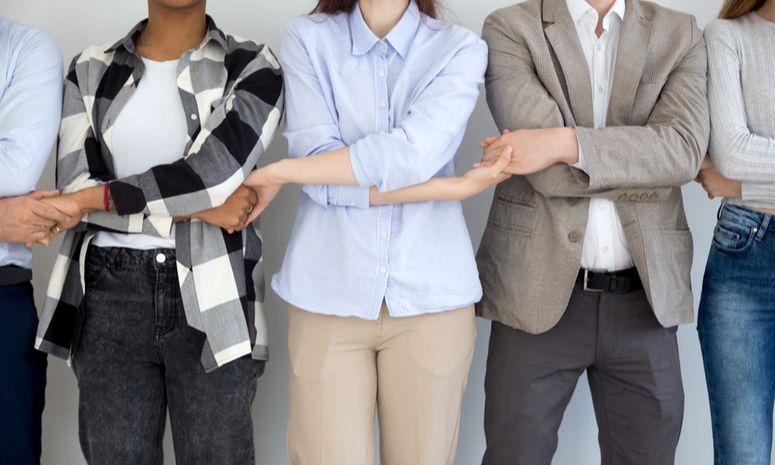 With all this talk of crypto and the metaverse in the media, it’s hard to avoid hearing about blockchain technology. But what is a blockchain, exactly? If you consult good ol’ Wikipedia, you’ll get this:

“A blockchain is a growing list of records, called blocks, that are linked together using cryptography. Each block contains a cryptographic hash of the previous block, a timestamp, and transaction data (generally represented as a Merkle tree).”

Now, don’t get me wrong — this is a 100% accurate, pitch-perfect definition. But if you read it to someone without a CS background — such as a friend, family member, or fellow investor — you’ll probably get this reaction:

So, I developed an “elevator pitch” for blockchain that I like to keep in my back pocket. Whether you’re looking for a simple definition to give to friends (or could use a quick refresher yourself), here’s how to explain blockchain in under 30 seconds.

What the Heck Is a Blockchain? The Really Simple Version

“A blockchain is a giant online ledger that can’t be hacked or overwritten.”

It’s like a stone tablet — you can read what’s there and add to it, but you can’t edit or delete anything. Blockchain is essential for cryptocurrencies like Bitcoin. The Bitcoin blockchain is a sensitive financial record of who has how many bitcoins and it’s essentially tamper-proof.

Read more >>> What Is Blockchain Technology and How Is It Related to Investing?

Why Is It Called a Blockchain?

In short? Because it’s made up of blocks of data that are chained together.

Each “block” of the blockchain is like a ledger sheet. It has a timestamp and, naturally, a bunch of data attached to it — things like how many bitcoins Steve has and which NFTs Kayla owns.

And to be clear, there’s more than one blockchain. In fact, there are now over 10,000 blockchains that serve various purposes, from tracking Bitcoin to storing NFTs. There are even private blockchains used by businesses, hospitals, etc.

Also, different cryptocurrencies are built on different blockchains. For example, Ether (ETH) is built on the Ethereum blockchain. But they all have one thing in common: they serve as an un-hackable online ledger for storing sensitive data.

That Seems Pretty Simple – Why Can’t Hackers Get Into a Block and Just Give Themselves a Million Bitcoins?

The mechanism protecting the blockchain from hacking or editing is actually pretty simple. When a block gets filled with data, it generates something called a “hash,” a line of code that essentially summarizes what’s inside the block.

A hash might look something like “8426jsyw37888sdjhsd883838381iklm6,” which is computer-speak for “This block contains info about how much Bitcoin Joe and Sally have.”

If Hacky McHackerFace changes the block’s contents to “This block contains info about how much bitcoins Joe and Sally have — oh, and Chris has a million bitcoins,” suddenly the hash changes, and the block looks completely different. Now it might look like this: “Jasdgh888ayj38882j32ynmnsad83772772.”

“The real-life equivalent of this would be if a physical ledger book changed color when someone tampered with it.”

The real-life equivalent of this would be if a physical ledger book changed color when someone tampered with it. The accountants would come into work, see one bright pink ledger book, and think, “That’s obviously not right.”

But blockchain security goes a step even farther than that. See, in addition to its hash, every block of the blockchain contains the previous block’s hash.

In short, by chaining their “passcodes” together, the blocks become virtually impossible to edit and overwrite. The only way to “hack” the blockchain is to edit every single block after the one you change, which would require more computer power than any one person or group could ever amass.

The YouTube channel Simply Explained has an excellent video on the subject that comes with a helpful graphic to help you visualize the concept.

If Blockchain Is So Secure, Why Does Crypto Keep Getting Stolen?

It’s true: $14 billion worth of crypto was stolen in 2021 alone. But it wasn’t really the blockchain’s fault.

When you buy crypto or an NFT, you get two keys: a public key and a private key.

And you can’t just memorize your private key because private keys look something like this:

So when Hacky McHackerFace “steals” crypto, he’s not actually hacking the blockchain. He’s typically either hacking into the databases of popular cryptocurrency exchanges to steal private keys or tricking people into sending him their private keys via phishing, scams, etc.

In short, the vault is secure, but the keys are easy to steal.

Read more >>> How to Spot a Crypto Scam

Without getting into the nitty-gritty, the blockchain is essentially autonomous code that isn’t owned or controlled by anyone. A giant network of computers around the world “keep it going,” as it were. 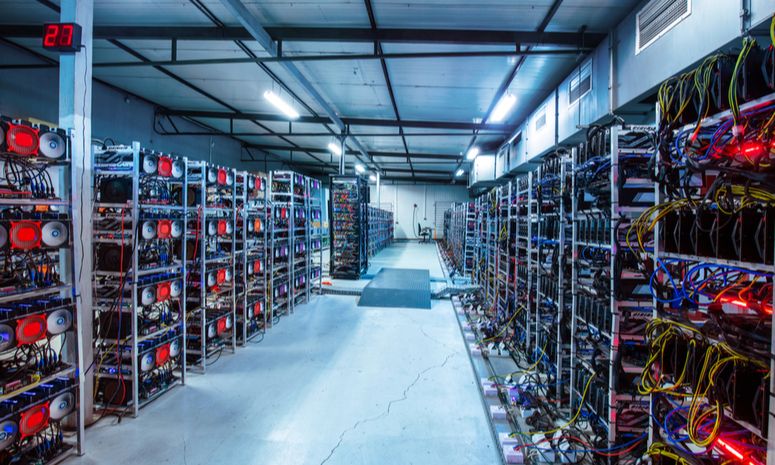 So why would somebody spend millions of dollars on a giant bunker full of computers just to keep the blockchain running for everyone else? Out of the goodness of their heart?

To receive credit, philanthropy, or belief in the system could all factor in, but the primary motivation is profit.

The blockchain is programmed to automatically reward people who contribute computer processing power to its operation, not unlike a bank paying accountants.

Fun fact: The original reward for processing one block of data on the Bitcoin blockchain was 50 bitcoins. There have been three “halving” events since then and the reward today for each block mined is 6.25 bitcoins.

So what is mining? Are people chiseling at the walls of the internet, waiting for bitcoins to fall out?

Basically, mining is turning your computer into an “accountant” for the blockchain and getting rewarded in crypto for doing so.

Why Do So Many People Keep Saying Blockchain Is Going To Change the World?

Data is the world’s most valuable currency. And blockchain makes it way easier for data to move around.

Heck, blockchain is already having a tectonic impact on current events.

When Russia invaded Ukraine, Ukraine had to freeze all wire transfers to prevent a bank run. This saved the economy but made it extremely difficult for Ukraine to receive foreign monetary aid.

Thanks to blockchain tech, however, the Ukrainian government could post their public key via Twitter and receive over $100 million in foreign aid without exposing their economy. 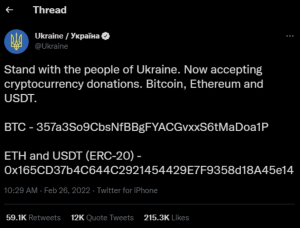 On a micro-scale, imagine you’re scuba diving in the Maldives when you hit your head and end up in the ER.

To get your medical records from the U.S., the doctor in Malé has to phone your physician, sign paperwork, pay tons of fees, and wait for your PCP’s office to fax it over within a few days.

However, if your medical record were safely stored on the blockchain, the Maldivian doc could just access it instantaneously and potentially save your life.

That’s why people across industries are excited about blockchain.

Should You Invest in Blockchain?

I won’t say you should or shouldn’t be (that’s between you and your advisor), but I’ll at least tell you how:

There are three general ways to invest in blockchain tech:

All three options will expose your portfolio to the future of blockchain.

Read more >>> Should You Invest in the Metaverse?

Blockchain is game-changing tech built upon a remarkably simple idea: make the data link arms with itself, Red Rover-style, so it can’t be breached.

Explaining blockchain can be tricky — like explaining the internet to someone in 1983. Still, in both cases, one thing is certain: Even those who “get it” and see it coming will be blown away by how this new technology impacts every aspect of society.

The Long Island Builders Institute is working with a national consulting firm to assist in its search for a new...

Developer Brad Blumenfeld to be honored by Children’s Medical Fund

The Children’s Medical Fund of New York will honor developer Brad Blumenfeld as this year’s recipient of the Bernard L....