Dollar Forecast Loaded with Volatility Potential but Can It Find a Trend?

Fundamental Forecast for the US Dollar: Bearish

From the DXY Dollar Index’s multi-decade peak set back on September 28th, the Greenback has undergone significant retracement. Then again, the tempo of that slide has been much choppier after the charged reaction of the October CPI release (back on November 10th) wore off. To better determine the potential of the world’s largest currency moving forward, it is critical to assess what is the most important motivation for capital flows into and out of the US going forward. On the one hand, I keep a steady focus on the Dollar’s safe haven status, but this more of an ‘absolute’ sentiment role. While the S&P 500 and DXY have experienced an inverse correlation the past six months, the 20-day rolling correlation at present is only -0.38 (inverted but of modest strength). The complication is that the US currency also has a yield advantage – that is heavily speculated upon – and the expectation for significant risk trends is uneven at best. While the week ahead promises/threatens serious volatility potential, the serial nature of its listing will likely work against gaining clear momentum behind a theme and thereby price. That said, expectations for an overloaded docket and seasonal drain will meet a backdrop of high, realized volatility (see the 4-week ATR below). The saying ‘this time is different’ is echoed through the markets for a reason.

While the consideration of the Dollar’s safe haven status is something to always keep in mind, the need for an extreme reading to activate its influence should keep us focused on monetary policy first and recession concerns second. The US benchmark rate is just a quarter percent off the leaders – the Bank of Canada and Reserve Bank of New Zealand – heading into the new week of trade. With the Wednesday FOMC rate decision, it is likely that the US central bank regains its top rank. Economists are forecasting a 50 basis point rate hike that would lift the benchmark to 4.50 percent with Fed Fund futures placing the probability of a half percent increase at 77 percent (the balance calling for a fifth consecutive 75bp move). While 50bp is still a large move, it is a slowdown from the incredible tempo these past six months. What markets will truly focus on the implications for how far – and how fast – the Fed will move in 2023. The so-called ‘terminal rate’ is seen at 5.00 – 5.25 percent reached by May. This will shift a lot of the focus on the Summary of Economic Projections (SEP) which will include official interest rate expectations for the entire year. And, while the markets are pricing in expected rate cuts through the year, the FOMC members have been adamant that they expected to hold the rate after hitting peak. 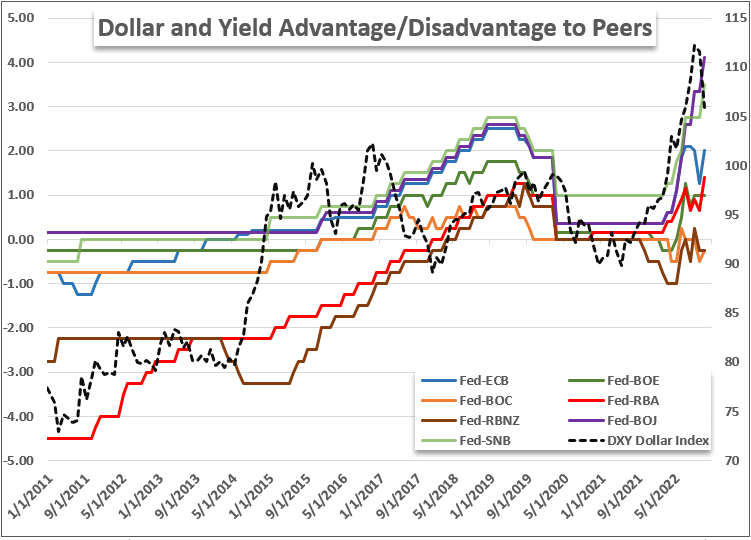 The impact of the FOMC rate decision on Wednesday likely has the greatest potential, which means that the update will distort how the market registers event risk like retail sales and the S&P Global PMIs later in the week; and it is also likely to curb a full impact of updates that will precede the policy announcement. On Monday, the New York Fed will release its US consumer inflation expectations report for November. Theoretically, Americans’ expectations for inflation will impact their spending habits which can translate into a significant bridge to economic health or that recession that has been so frequently uttered. That said, its actual market impact has been historically low. The official consumer price index (CPI) release for November on the other hand has the November 10th fallout from the previous update to draw from. How much weight would the market afford an inflation figure whose influence is drawn from its ability to alter rate expectations when we are going to see just such an update the following day? It would likely have to be an extreme reading to generate more than some short-lived volatility in the Greenback – though it could compound or offset the reaction to the Fed decision the day after. 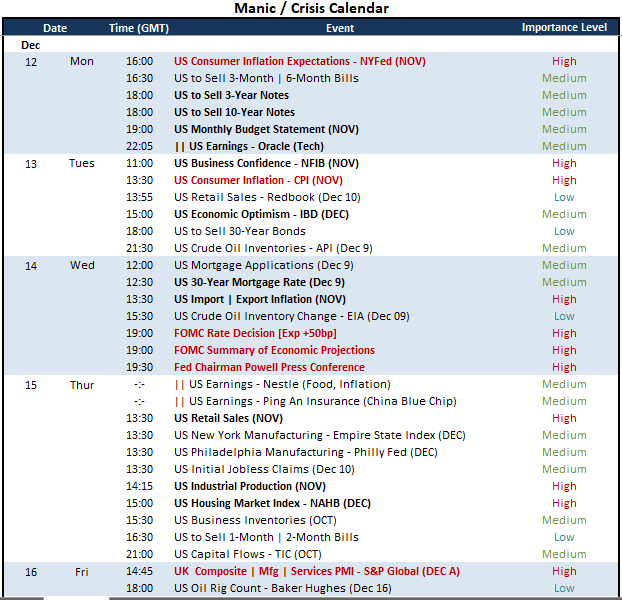 When looking at the DXY Dollar Index’s chart, the structure looks choppy without much in the way of clear technical guidance – that is likely because it is a composite of major crosses where there is far more trade that would establish the components technical backdrop. For fundamental insight, there isn’t a better representation of the Dollar than EURUSD itself. Beyond its position as the world’s most liquid currency cross, the monetary policy and economic considerations between the two draws lots of contrast. The Fed is set to moderate its pace of hikes to coast to a peak sometime around mid-2023 while the follow through of the ECB’s course is up in the air (the group is not particularly renowned for its messaging). Considering the European Central Bank is also on deck for updating on rates Thursday, EURUSD will see a back-to-back monetary policy update Wednesday to Thursday. That may act to amplify or cool any market movement here depending on the outcome, but rate expectations have been aligning more distinctly to the FX pair when using the EU to US 2-year yield differential as the proxy. 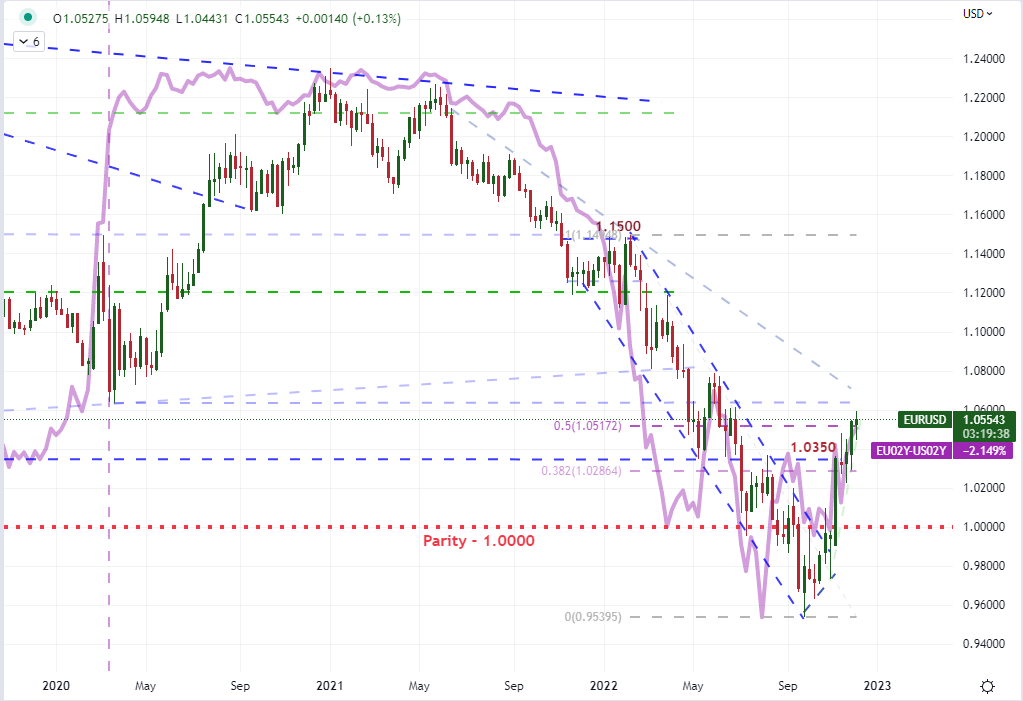 Discover what kind of forex trader you are

Who’s expected to testify before Congressional hearings on FTX?

It’s ‘still too early’ to get back in, says UBS strategist

Every Flaw in Consumers is Worse in Voters, Part Deux